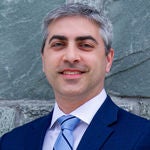 He is well-recognized in VA law. He has mentored attorneys through the Veterans Consortium Pro Bono Program, and has been recognized for his efforts with it by being an annual recipient of the Veterans Consortium National Volunteer Corps Honor Roll. He has been interviewed on the Military and Law Life and Matters Podcast on the topic of "Are you going through the VA Appeal Process - know your rights if you have filed a claim" (2017), and he has spoken at Freddie Mac regarding "Underutilized VA Benefits for Veterans and their Families" (2017), at the University of Maryland Law School regarding "Current Issues in Veterans Health and Disability Law" (2016), Guest speaker at Final Salute, Inc. (2015), and as a Guest Lecturer, College of William and Mary Law School (2009 and 2014). He also participated in a virtual legal clinic addressing questions about veterans benefits in collaboration with the University of Virginia School of Law (2021).

David is also a published author in the complex area of the CAVC's standards in reviewing decisions from the Board. (David J. Lowenstein and Jack Achiezer Guggenheim, Vetting the Appellate Standard of Review: What Was, What is, and What Should Be The Standard of Review Employed by the United States Court of Appeals for Veterans Claims, 27 Whittier L. Rev. 755 (2006)).

Thank you for contacting us. We will get back to you shortly.

Please complete all required fields below.

We Are Here for You

At Vetus Legal LLC, we focus on VA Disability Compensation Claims at the Regional Office, Board of Veterans' Appeals, and the U.S. Court of Appeals for Veterans Claims. We are here for you and to help you navigate this complicated and overwhelming legal system.

We are committed to helping you maximize your VA compensation benefits.

We'll gladly discuss your case with you.

To provide cost-effective and efficient services, we meet by phone.